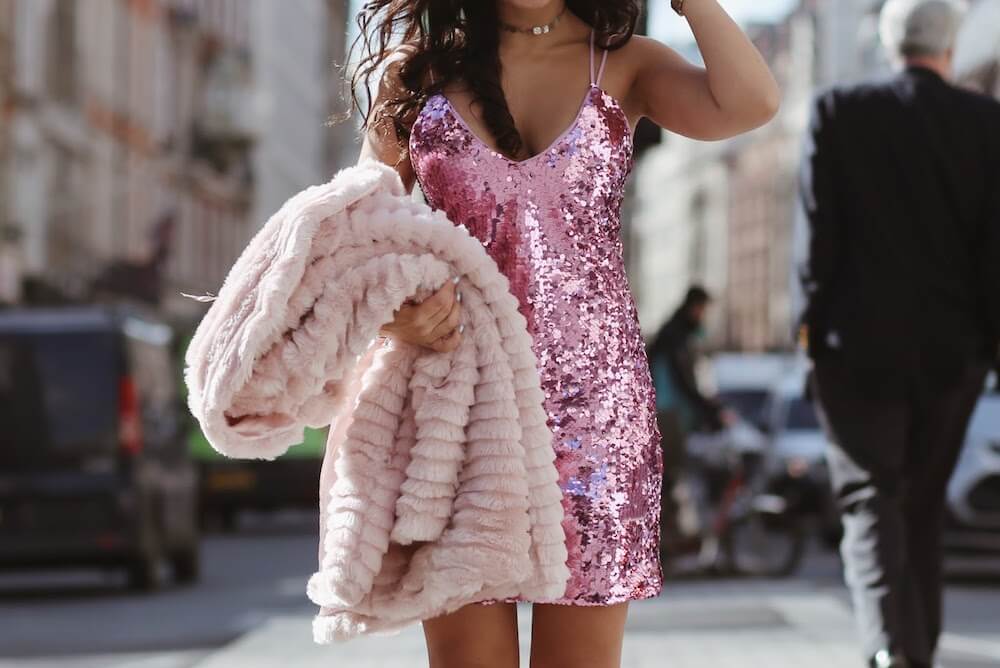 A catwalk show is a similar to a performance; it’s a whirlwind seven minutes of a designer’s best script. A lot of the time this lends hand to bold colours, bright patterns and loud designs that leave me half weak at the knees in appreciation at the creativity and detail and half terrified at the idea of embracing the colour and the pattern – neither of which are regular occurrences in my day to day, monochrome style.
Yet, here I am a world away from what I’d usually wear, in head to toe pink, stood in the middle of Piccadilly Circus, recreating one of my favourite catwalk looks. It doesn’t take a genius to work out which London based designer I’ve tried to embrace but I’ll give you a few clues – every season this designer uses sequins on the catwalk that are so fabulous, it causes an internal conflict with myself about my sartorial style. Last season he (another clue, you’re welcome) used a line up of all black models. For AW16, each model was assigned a colour of the rainbow and their clothes, shoes, make up and outrageous hair all matched. If you can’t guess by now you should probably think about clicking elsewhere. Just kidding. London wouldn’t be London without designers like Ashish constantly pushing the boundaries of our personal styles.

They might not admit it, but everyone keeps an eye on what cars other members of the industry are being driven around in during fashion week. Just like clothing, cars are another accessory that describe our personality or status in an instance. A car is the protective, final layer of an outfit. The new DS 3 makes this an easy feat; there’s the option to personalise elements of the car to it another extension of your sartorial style.
With that in mind, it makes total sense that fashion icon Iris Apfel is fronting the new DS 3 campaign, which I first came across on TV the other day. At 94, she’s been in the game longer than most. “Don’t be afraid to stop traffic,” is one of Apfel main mottos, and at the end of the day, who are we to argue with that.