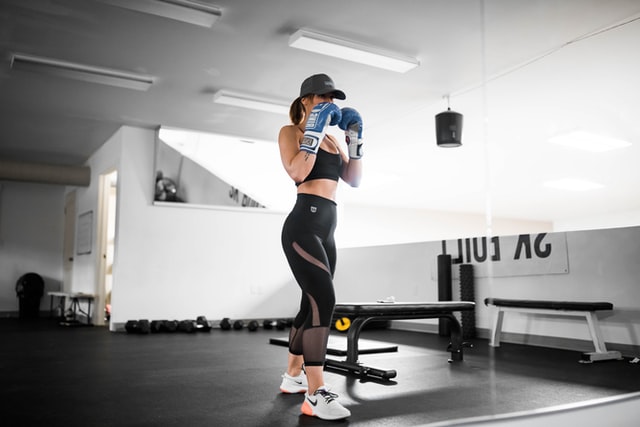 What to do when you are attacked? This question is asked by more and more people and they decide to take a closer look at the topic of self-defense. Besides the use of legal self-defense weapons, there is also the possibility of using various sports to protect oneself from attackers. Probably the most effective possibilities are offered by martial arts. A few of them will be presented in more detail in this article.

Those who have learned to defend themselves (and the boundaries they have set) appear more confident, avoid typical victim signals and thus increase the chance of not becoming victims of harassment, threats or assaults in the first place.

Self-defense is not about sporting competition. Moreover, tradition and discipline do not play a role. Because: In self-defense, the only thing that matters is to protect yourself against one or more attackers in an emergency. One question in self-defense is often: What do I do if someone attacks me in the street? In many cases, the answer is a simple but hard and fast technique. This is trained for example in Krav Maga or Jiu Jitsu (also: Ju-Jutsu).

The huge variety of martial arts

One thing right away: to present all martial arts in one article is almost impossible. The number of different styles and techniques is simply too large. All over the world, a wide variety of martial arts have developed over the centuries and even millennia – from Jiu Jitsu from China to Israeli Krav Maga to Capoeira, which originated in Brazil. If you take a closer look at the subject, you will see that a large part of the martial arts has its origin in Asian countries.

The best martial arts for self defense

With the variety of martial arts that are offered, it is not easy to find the right one. If you want to learn a martial art that can also be used for self-defense, you can find out more here.

The best martial arts for self-defense combine competitive training under a set of rules that closely resembles a real physical confrontation. They train techniques and strategies that have proven themselves in combat, even under unregulated conditions.

This martial art is also known as BBJ or Submission Grappling.

This art uses a short distance between the two fighters. The artist, experienced in this art, then uses sparring, live drills and many different techniques to knock his opponent to the ground and make him surrender.

This art is also crucial in MMA (Mixed Martial Art), as the fight always ends on the ground. Only wrestlers who are good at BBJ’s art of manipulating their opponent into submission on the ground would win easily.

In martial arts such as BJJ and karate, special suits are used: Keikogi in karate and Gi in BJJ. However, when attacked by criminals in the street, they will definitely not wear such clothes. So using even the best bjj gis during training will not help you defend yourself from an attack.

Some techniques in these martial arts can not be performed without special clothing, so we recommend working out the techniques and in ordinary sportswear.

Boxing is probably the least exotic martial art and still a real male domain. However, there are also more and more women who dare to enter the boxing ring and literally train their repartee. The good thing about boxing is that you don’t necessarily need a partner for this.

A punching bag, which can also be placed in your own home, for example, simulates an opponent and can be used perfectly for practice. In boxing, women (and also children as well as men) learn first and foremost to punch hard. Combined with the knowledge of which parts of the body are the most sensitive, this results in an effective

This martial art is one of the most popular in the world for several reasons: Karate is safe and not so difficult to learn; if done wrong, it can be very deadly.

Karate uses grappling, locking and striking skills. These focus on defense against criminals.

Krav Maga is becoming more and more popular. It is a close combat system developed by the Israeli army. Since both men and women are subject to military service in Israel, this sport is also ideal for both sexes.

The special thing about Krav Maga is that once you fully internalize it, you can theoretically never unlearn it (so it’s similar to riding a bike). What is also exciting is that Krav Maga is always evolving and is by no means a rigid martial art like many traditional ones.

The goal of this form of defense is to always adapt to new threats and dangers and to develop appropriate solutions.

Self-defense for women – Which sports are recommended?

In principle, any martial art for self-defense can also be learned by women – provided that they have the necessary fitness and condition. If you think you can learn karate or taekwondo from one day to the next, you will be bitterly disappointed. Martial arts is similar to all other sports. Before you can master it, you first have to practice, practice, practice diligently and certainly also take the one or other setback.

Women who are strongly interested in self-defense have a choice of many different sports. Basically, any sport that trains endurance and strength is recommended.

All sports have one thing in common: They teach a special level of discipline and self-control. Martial art is more than just competition on the mat. Because important values are conveyed away from the duel, martial arts always have an educational component as well.

Apart from that, martial arts also train the body. In most cases, muscles from all areas are addressed, but with different emphases: Wrestlers or judoka, for example, fight against resistance and train the upper body in particular.

Am I too old for martial arts?

You still want to learn a martial art at an advanced age? Don’t worry: In many martial arts schools this is possible without any problems. There is usually no age limit, often beginner courses are offered for all ages. Also, a special level of fitness is not required for most martial arts. There is actually only one exception: if you want to be successful in athletic competition, you should usually start training at a young age.